American Exceptionalism, or The Heresy of Solving Problems

Every time a country with smart leaders solves a problem without gunking it up with dogmatic predatory capitalism, Americans say "That's fine but it wouldn't work here," which is basically just ceding we're fucked forever because we're shitty and stupid. 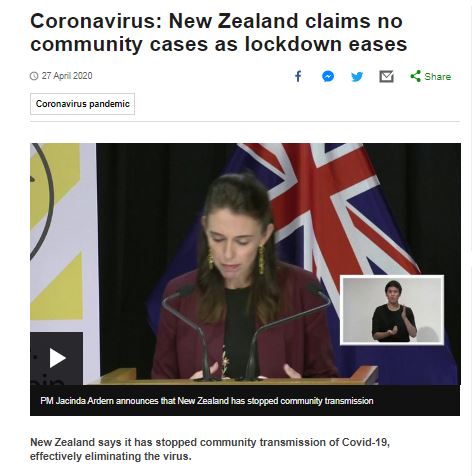 Not conspicuously, it's usually people prone to declaring America Is The Greatest Country On Earth who in the exact same breath insist for the billionth time that commonsensical policy that might make the country less shitty and corpse-strewn is impossible and probably wrong.

Like a few years ago they managed to encode a thing that said, if you were born with some hink in your DNA, giant companies who serve as gatekeepers of healthcare couldn’t price you out of medicine and living, and some Americans decried that regulation as tyrannical Bolshevism. The argument over that, to be clear, didn't even touch on WHY giant companies had been given free and exclusive rein to determine whether or not certain people were worthy of remaining alive. That haha would just be crazy. We accept predation as an axiom of existence. Because of how "FREE" we are, I guess.

Those gun-toting twats at "Freedom Rallies"? Most are members of a corporate lobby that calls itself a "civil rights" group and markets a coming race war to sell guns. That lobby pays politicians to NOT do jackshit when massacres happen and this is "normal." Notwithstanding the garish bitches parading their long-guns are people ideologically predisposed to murder people with long-guns, these are recruits to a culture that leverages violence as politics and is bankrolled by capitalists. Gun-nuts are the Baldwin-Felts agents of America 2020.

The broader point being, there is no intrinsic DNA thing to Americans that makes rudimentary sensible problem-solving inapplicable. All this insane garbage is manufactured by people with the shit-ton of money required to manufacture daft dogshit and sell it as wisdom or "values."

Pointing to countries with leadership that tackled giant problems in their societies - including, in Ardern's case, an actual massacre by an actual Nazi inspired by the same hate-seeded xenophoblic "values" behind the MAGA movement - and saying "Hmm, this is good news, maybe we could try some of this" shouldn't be a contentious thing, but it is in America.

I use the terms "stasis bubble" and "presumption of stasis" a lot and it's a concept that is intrinsic to conservative thought. It's based on an abstraction, kind of a Platonic Form, that says "We are this specific thing, perfect and unchangeable," and to challenge it is heresy. To bring "new" into it, be it good ideas or cultures or melanin, is to dilute its mythical essence in the eyes of those who hew to the dogma. It's stupid and malign, of course, but it also does active ongoing damage, specifically in times like this, because, like any fundamentalism, it is a belief that will not be sullied by reality and observable phenomena and just basic fucking problem-solving.

So instead hitting the science and testing testing testing and isolation and more testing, the writ-large response is to, first, deny the problem because the existence of problems undercuts the myth of the infallible hierarchy, and second, loose your capitalist cronies to A) loot the country on the public dime and exploit untold misery and B) galvanize your pre-primed revanchist yayhoo thralls to get mad at solving the problem because "America and Freedom." Which means blessed fuckall, of course. Its abstract essence exists in a gauzy plane untethered to infection rates and actual implementation of policy and measurement of its outcomes. "FREEDOM," in this usage, is the stasis bubble. You should be safe inside it. But you're not. 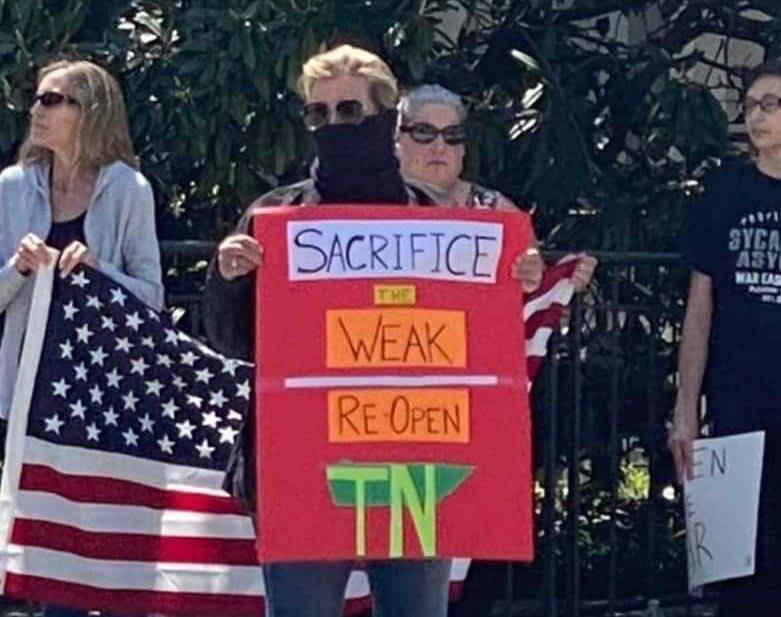 Because it's not real. What's real is people dying in waves and the thing killing them and bad policies literally fucking catalyzing it all. This is the Black Plague of our time and people are fucking around playing it as chits on a political board and bullhorning shit like the MAGA twats painting their cars with "Your health is not more important than my LIBERTIES!" and actually going out in public holding signs that say "Sacrifice the WEAK, Reopen TN!" Which you'd think would tell you all you need to know about those people and their ideology and why it's bad and why those who hew to should never fucking be listened to again about anything.

American Exceptionalism is real. Just for those who invoke it, it means exactly the opposite of what they think it does. It's that wholly manufactured toxic catalyst makes the worst of us fucking awful.

Meanwhile, Jacinda Ardern is a fucking champion and New Zealand is better than the U.S. because they elect smart people to do shit better, which makes their people freer. See, that is how that works.